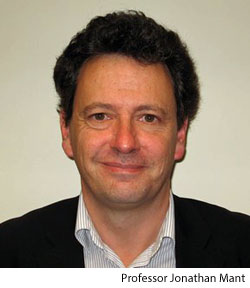 We know from randomised controlled trials that lowering blood pressure (BP) reduces the risk of heart attack and stroke, but there has been controversy over what the target blood pressure should be.

In the PAST-BP trial published in the BMJ, Professor Jonathan Mant and colleagues (IPH) explored the impact of different blood pressure targets in people who had a history of stroke or transient ischaemic attack in primary care.

A second group was set a target of < 140mm. Good BP reduction was achieved in both groups, with only a 3mm difference between them, suggesting that in practice, active management of BP is more important than the absolute target.