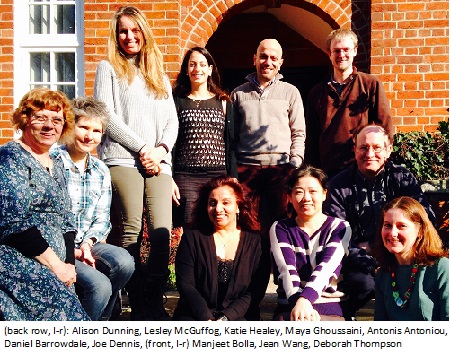 Alison Dunning and colleagues (Centre for Cancer Genetic Epidemiology) have just published the results of a 20 year study in Nature Genetics which has involved more than 260 scientists and almost 120,000 women.

The study examined the estrogen receptor gene, ESR1, which has long been implicated in breast cancer risk. 3872 genetic variants were examined, saturating this gene region.

Five separate breast cancer association signals surrounding ESR1 – the most obvious target gene in the region – were observed. These five signals each coincide with a gene regulatory element.

Unexpectedly, four of the five regions were most strongly associated with tumours that do not express the estrogen receptor (ER-) and the best causal candidates for these overlap four separate gene expression enhancers.

This suggests there could be a “Goldilocks level” of ESR1 expression for breast cancer protection – neither too high, nor too low, but just right. Also, the local co-regulated genes merit further study, as they too may be implicated in breast tumour development and may prove to be targets for prevention or treatment.