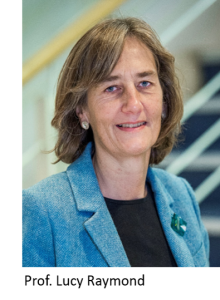 A collaboration between Lucy Raymond at the Cambridge Institute for Medical Research (CIMR), the NIHR Rare Disease BioResource and UCL Great Ormond Street Institute of Child Health have identified a new genetic movement disorder (KMT2B-related dystonia) that can be treated with deep brain stimulation (Nature Genetics 2016).

Dystonia is one of the most common movement disorders and is thought to affect 70,000 people in the UK alone. It can cause a wide range of disabling symptoms, including painful muscle spasms, walking and speech. The team discovered a region of chromosome 19 that is deleted from the genome of some patients with childhood-onset dystonia, and were able to map these abnormal genetic changes to one gene, encoding an MLL lysine methyltransferase called KMT2B. They propose that these mutations impair the ability of the KMT2B protein to carry out its normal, crucial role in controlling the expression of genes involved in voluntary movement. Some of these patients were previously thought to have cerebral palsy, but showed marked clinical benefit in response to deep brain stimulation. This indicates that KMT2B mutations should be assessed as part of a diagnostic approach in movement disorders.