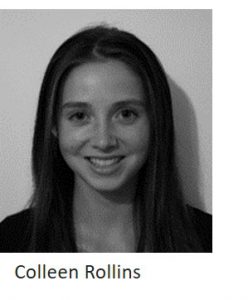 Research by Colleen Rollins, from John Suckling’s group (Psychiatry), describes how distinct patterns of neuroanatomical alteration can characterise hallucination status experienced by people with psychiatric and neurodegenerative diseases. It is well-known that some patients with schizophrenia have predominantly auditory hallucinations, whereas patients with Parkinson’s disease more frequently have visual disturbances. Anecdotally, the content and emotional response to hallucinations can similarly be divided by diagnosis. Many patients never experience hallucinations at all. The neuroscience of hallucinations has generally looked to theoretical explanations for unifying predictions of the brain’s underlying structural and functional components. The group’s research with patients with schizophrenia identified the paracingulate sulcus, located on the medial frontal cortex, as a key marker to their occurrence. A broader cortical signature might, therefore, signpost a generative mechanism.

In fact, the meta-analysis published in EClinicalMedicine demonstrates that the neuroanatomy of hallucinations in psychiatric disorders, like schizophrenia, is entirely distinct from that associated with the neurodegenerative disorders, Parkinson’s and Alzheimer’s disease. This discovery predicts a plurality of mechanisms, creating new hypotheses for categories of hallucination that take into account the qualitative experience. Indeed, if the experience of hallucinations is closely related to specific brain structures then they may have an expanded role to play in biologically-valid diagnostic frameworks and as markers of treatment response.