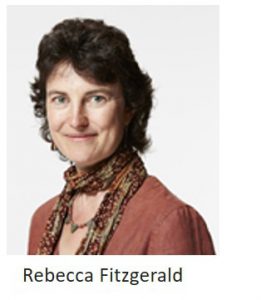 A study, co-led by Rebecca Fitzgerald (MRC Cancer Unit and CRUK Cambridge Centre Early Detection Programme), has developed a statistical model that uses genomic data to predict the risk of developing cancer of the oesophagus up to eight years before diagnosis. Published in Nature Medicine, the researchers analysed DNA from tissue biopsies taken from patients with Barrett’s oesophagus – a risk factor for oesophageal cancer – and looked for differences in the DNA between the patients who were eventually diagnosed with cancer versus those who were not.

A phenomenon commonly seen in the DNA of tumours – but not in healthy tissues – is one whereby whole ‘chunks’ of DNA are either deleted or repeated several times as cells copy and multiply. These are known as ‘copy number alterations’. The team found that the genomes in samples from individual patients who went on to develop cancer tended to have a higher number of copy number alterations, and that the number and complexity of such alterations increased over time. They used this information to develop a statistical model that could predict whether a patient was at a high or low risk of cancer from a single, tiny biopsy sample taken years before.