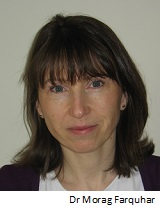 A research programme (published in BMC Medicine) evaluating a pioneering breathlessness service for patients with advanced disease and their families by Dr Morag Farquhar (Department of Public Health and Primary Care) and Dr Sara Booth (Addenbrooke’s), has led to substantial impact on services in Canada.

The Breathlessness Intervention Service (BIS) helps patients manage their own breathlessness by using a complex intervention (i.e. using a number of psychosocial as well as pharmacological approaches in tandem) and was set up by Dr Booth at Addenbrooke’s Hospital, who, importantly, saw the need for formal evaluation and started the research programme in collaboration with Irene Higginson (King’s College, London) and Dr Farquhar.

In 2006, Drs Farquhar and Booth met Professor Graeme Rocker, from Dalhousie University, Nova Scotia, who said: “I already had some ideas how I should run the service but could see that the Cambridge team was much more clued in to effective evaluation.” 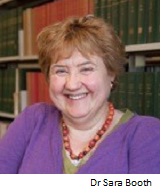 Professor Rocker went on to develop the appropriately-named INSPIRED programme (using a BIS approach but based in respiratory medicine rather than palliative care) and adapted Drs Farquhar and Booth’s approach to evaluating its success in Canada.

The programme led to a 60% drop in visits by patients to emergency rooms and for hospital admissions and is now being emulated by 19 teams across the 10 Canadian provinces.

Professor Rocker is grateful to the Cambridge team. “I would not have been successful with INSPIRED had I not learned from BIS, and particularly from Morag, the importance of evaluation. It’s invaluable for proving to hospital administrators that you have a programme that works.”