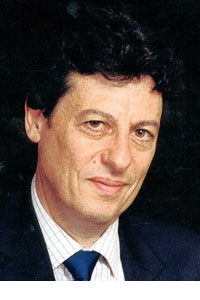 Teenage boys who show a combination of depressive symptoms and elevated levels of the ‘stress hormone’ cortisol are up to fourteen times more likely to develop major depression than those who show neither trait, according to research funded by the Wellcome Trust.

In a study published in the Proceedings of the National Academies of Science, researchers from the University of Cambridge have identified the first biomarker – a biological signpost, in this case, elevated cortisol plus depressive symptoms – for major, or clinical, depression.

“Depression is a terrible illness that will affect as many as ten million people in the UK at some point in their lives,” says Professor Ian Goodyer from the University of Cambridge, who led the study. “Through our research, we now have a very real way of identifying those teenage boys most likely to develop clinical depression.  This will help us strategically target preventions and interventions at these individuals and hopefully help reduce their risk of serious episodes of depression and their consequences in adult life.”

Dr Matthew Owens, first author on the study, adds: “This new biomarker suggests that we may be able to offer a more personalised approach to tackling boys at risk for depression.  This could be a much needed way of reducing the number of people suffering from depression, and in particular stemming a risk at a time when there has been an increasing rate of suicide amongst teenage boys and young men.”

The researchers hope that this will enable primary care services to identify boys at high risk and consider new public mental health strategies in the community.