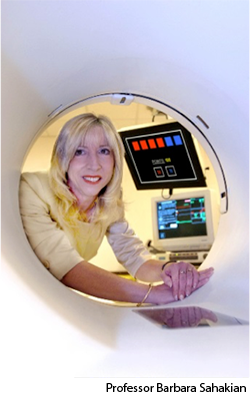 Professor Barbara Sahakian was invited to write an article for Sir John Beddington, previous Government Chief Scientific Adviser, on the subject of achieving brain health for a flourishing society within the next decade. In addition, she was asked to write a piece based on this article for The Conversation.

Disorders of the brain pose the greatest economic health challenge. In the UK alone they cost more than £100 billion pounds a year. This is in part because they are very common. Yet despite the fact that one in four of us will suffer from a mental health disorder at some point in our lives, we do not check ourselves on a regular basis or seek help until disorders become serious and chronic or relapsing. What we need to do is focus on good brain health and well-being at an earlier stage and throughout life, and to rapidly detect when things go wrong.

There has been an explosion of neuroscience techniques, which can be applied to tractable, important problems. These new techniques include: induced pluripotent stem cells, which can be generated directly from adult cells; new-generation antibodies; brain receptors engineered in the lab and which only respond to specific drug molecules, otherwise known as designer-receptors exclusively activated by designer drugs, or DREADDs; and optogenetics, which uses light to control sensitised neurons in the brain. All will be game changing in terms of understanding neurotransmitters and neural circuits in healthy brains and producing new drugs and other treatments for neuropsychiatric disorders, such as depression. For example, engineered receptors could one day be delivered into the human brain via viruses although a safe and effective way of doing this still needs to be refined. And, in animals, optogenetics has already been used to study the neurotransmitter systems in the brain and understand the circuits involved in the healthy brains and in animal models of disorders, such as in autism, depression and addiction.

Forty specialists from different areas, including neuroscience, mental health, innovation and technology were asked what they thought was a significant and important problems in neuroscience which could be answered in the next ten years? Five themes emerged from their answers, which were published in Neuroscience & Biobehavioral Reviews.