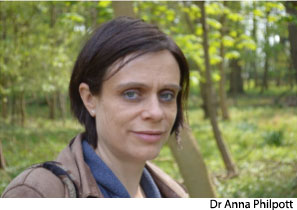 A new method of generating mature nerve cells from skin cells could greatly enhance understanding of neurodegenerative diseases, and could accelerate the development of new drugs and stem cell-based regenerative medicine.

By studying how nerves form in developing tadpoles, a research team at the Department of Oncology – led by Dr Anna Philpott – was able to identify ways to enhance the formation of mature nerves cells after transdifferentiation of human fibroblasts.

Indeed, by manipulating the activity of key transcription factors, Dr Philpott and her collaborators were able to promote cell differentiation and maturation, even in the presence of conflicting signals that were directing the cell to continue dividing.

When cells are dividing, transcription factors are modified by the addition of phosphate molecules, a process known as phosphorylation, but this can limit how well cells can convert from fibroblasts to mature nerves. However, by engineering proteins which cannot be modified by phosphate and adding them to human cells, the researchers found they could produce nerve cells that were significantly more mature, and therefore more useful as models for disease such as Alzheimer’s.

The study of diseases such as Parkinson’s and Alzheimer’s will be able to build on this research and could lead to personalised therapies for a variety of neurodegenerative disorders.

The findings are reported in the May 27th edition of the journal Development.