A new genetic study of over 600,000 people, led by Claudia Langenberg and Luca Lotta (MRC Epidemiology Unit) indicates that people who are less likely to put on excess fat around their hips are at higher risk of type 2 diabetes and heart attacks. The new research, published in JAMA, sheds light on the specific genetics linked to the “apple shaped” body and the potential mechanisms behind the increased risk of diabetes and heart disease.

Using data from several large UK and international studies the researchers identified over 200 genetic variants that predispose people to a higher waist-to-hip ratio. Among these they identified two specific groups of genetic variants that increased waist-to-hip ratio – one exclusively via lower hip fat and the other exclusively via higher abdominal fat, and they found that both were associated with higher risk of type 2 diabetes and heart attacks.

The researchers suggest that this higher risk is due to a genetically-determined inability to store excess calories safely in the hip region. This means that individuals with this genetic make-up preferentially store their excess fat in the liver, muscles or pancreas, or in their blood in the form of circulating fats and sugar, any of which can lead to a higher disease risk. 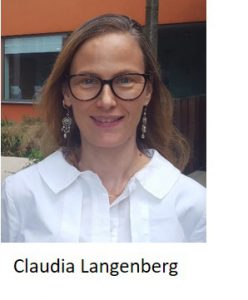