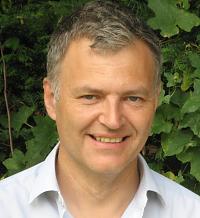 A test for genetic risk factors could improve doctors’ ability to work out which women are at increased risk of developing breast cancer, a major study of more than 65,000 women has shown.

The research, a collaboration of hundreds of research institutions led by the University of Cambridge and the Institute of Cancer Research, London, showed that a test for differences in 77 separate letters of DNA code could indicate a woman’s risk of developing breast cancer.

The researchers, co-led by Professor Douglas Easton (Director of the Centre for Cancer Genetic Epidemiology) came up with a ‘polygenic risk score’ for each woman based on the combination of their 77 letters, using data from the Breast Cancer Association Consortium (BCAC), one of the largest ever studies of genetic risks for any disease.

The results from this study, published in the Journal of the National Cancer Institute could be used to target breast cancer screening or other preventative strategies for those women most at risk