A collaboration between the Clinical School, Wellcome Trust Sanger Institute and Babraham Institute, published recently in Nature Communications, has shed light on the mechanism behind the association of genetic variants and platelet traits. 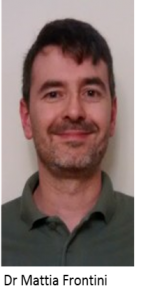 Led by Dr Mattia Frontini (Department of Haematology, BHF Centre for Research Excellence), the researchers have shown that common genetic variants associated with platelet traits (count, volume, mass) influence the propensity of platelets to clot. Genetic variation in a particular type of gene regulatory element, called super enhancers, acts as a light dimmer – modifying the level of expression of the connected genes and, consequently, their protein product. This process has an effect on cellular phenotypes, in this case thrombus (clot) formation, one of the leading causes of death worldwide.

The team have also shown that, because regulatory elements are in the genome tri-dimensional landscape, they interact with more than one gene and can therefore have the opposite effect, highlighting the need to study gene regulation in its natural context.

Finally, by physically linking genes to regulatory elements, the researchers have implicated a large number of novel genes in the process of platelet formation.