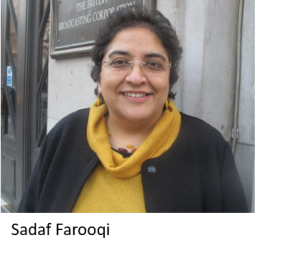 In a study published in PLOS Genetics, Sadaf Farooqi (Institute of Metabolic Science) and colleagues look at why some people stay thin while others gain weight. The team recruited people who were thin (Body Mass Index (BMI) of less than 18 kg/m2) but otherwise well.

Working with Inês Barroso’s team (Wellcome Sanger Institute) they examined genetic variants in 1,622 thin people, 1,985 severely obese people and 10,433 normal weight people and found new genetic regions associated with severe obesity and with thinness. Adding up the contribution of obesity-associated variants to calculate a risk score, they found that obese people had a higher genetic risk score, whereas thin people had a very low-risk score compared to normal weight people.

“This research shows that healthy thin people are generally thin because they have a lower burden of variants that we know can increase a person’s chances of being overweight and not because they are somehow morally superior, as some people like to suggest,” says Sadaf. Future research is focussed on pinpointing the specific molecular and physiological mechanisms that help people stay thin which may ultimately be targeted for weight loss therapy.