A study, led by Julian Rayner and Michael Weekes (both Cambridge Institute for Medical Research), in collaboration with scientists at the Wellcome Sanger Institute, the Cavendish Laboratory and the KEMRI-Wellcome Trust Research Programme in Kenya, has identified how the Dantu genetic blood variant helps to protect against malaria.

Malaria remains a major global health problem causing an estimated 435,000 deaths per year, with 61 percent occurring in children under five years of age. Over the centuries, malaria has selected for many natural human genetic variants such as sickle haemoglobin that provide protection against severe disease. One such variant, Dantu, codes for an unusual hybrid glycophorin protein on the surface of red blood cells and is only found at high frequency in coastal East Africa.

The paper’s key finding, published in Nature, is that membranes of red blood cells from people carrying the Dantu variant are under increased biophysical tension, which makes them more resistant to invasion by the world’s deadliest malaria parasite, Plasmodium falciparum. Tension varies naturally across all red blood cells, and this work identifies for the first time a tension threshold above which invasion routinely fails, pointing to novel ways to treat this deadly disease. 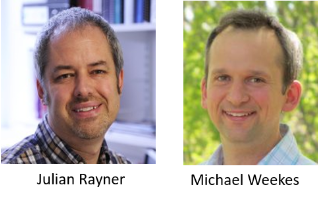