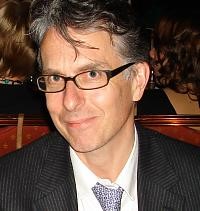 A group of UK scientists are teaming up with researchers from two pharmaceutical companies to investigate whether mood disorders, such as depression, and neurodegenerative diseases, such as Alzheimer’s, could be treated by targeting the immune system.

The project, which has received a strategic award of £5 million (to be awarded in milestones) from the Wellcome Trust, is a new public-private partnership between seven universities, including Cambridge, and the companies Janssen Research & Development, LLC and Lundbeck. The project has been facilitated by Johnson & Johnson Innovation in London.

The initial link between the immune system and psychiatric and neurodegenerative disorders has been established by a number of studies, which indicate that increased levels of biological markers for inflammatory processes are found in patients with depression and Alzheimer’s disease. It has also been shown that inflammatory processes can trigger phenomena that resemble mood disorders or neurodegeneration in some cases.  However, whether or not anti-inflammatory medicines could benefit patients remains unclear.

In a two-stage project, the team will begin by investigating the immune system of patients with depression that has not responded to conventional treatment and patients with Alzheimer’s disease.

The second part of the research, which is reliant on the success of the first, will be to carry out “proof-of-concept” experimental medicine trials, using re-purposed anti-inflammatory drugs in patients who have been identified according to their specific immunological profile.

Professor Ed Bullmore, from the University of Cambridge, who is leading the consortium said: “This is an area of enormous public health importance – depression is the single biggest cause of disability in working age adults and Alzheimer’s disease is the main cause of the growing numbers of patients with dementia in our aging population. However, finding new medicines for these disorders has proven to be very difficult in the last few decades. Our consortium will be taking a radically innovative approach, focusing on drug targets in the immune system rather than the nervous system. We have an excellent team of academic and industry experts assembled to address the challenges and we look forward to getting started in the New Year.”