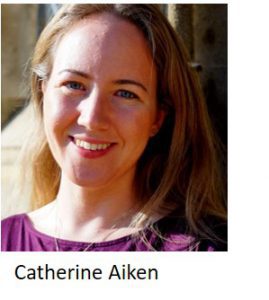 Research by Catherine Aiken (Obstetrics and Gynaecology), led by Suzanne Ozanne’s group (Metabolic Research Laboratories) in collaboration with the Giussani lab (Physiology, Development and Neuroscience), found that exposing rat fetuses to hypoxia (low oxygen levels) during development led to advanced ageing of ovaries and fewer eggs available in female offspring. Published in FASEB Journal, the team found a decrease in the number of ovarian follicles in exposed pups and that telomeres were shorter in ovarian tissue (used as a proxy for ageing).

Hypoxia in the womb is already known to have potential long-term effects on the cardio-metabolic health of the offspring but this study is the first time it has been shown to affect fertility. Hypoxia can be caused by factors including smoking, pre-eclampsia, maternal obesity, and living at high altitude.

“It’s as if low levels of oxygen whilst in utero caused the female offspring’s ovarian tissue to age faster after birth,” says Catherine Aiken. “Biologically, the tissue appears older and the female would run out of eggs earlier. Now that we’ve seen a link between hypoxia and fertility problems in rats, we know what to look for in women. If the same turns out to be true for them, then women at risk will be able to take action: for example, by having children earlier in life.”