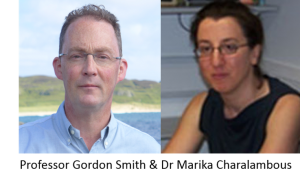 A collaboration between Professor Gordon Smith (Dept. Obstetrics and Gynaecology) and Dr Marika Charalambous (Queen Mary University of London), co-funded by the Centre for Trophoblast Research at the University of Cambridge, has been published in Nature Genetics.

Pregnancy is a state of high metabolic demand. DLK1 protein is produced by the fetus, enters the maternal circulation and promotes rapid breakdown of adipose stores in response to food restriction. When fasting for 24 hours, a process known as ‘ketosis’ takes place which involves burning the energy from fat stores to keep the body functioning. The authors demonstrated that when DLK1 is inactivated in pregnant mice, their fasting response is altered and ketosis is impaired. This suggests that DLK1 is important for providing energy to the fetus and sustaining its growth, and maternal circulating DLK1 levels predict embryonic mass in mice. 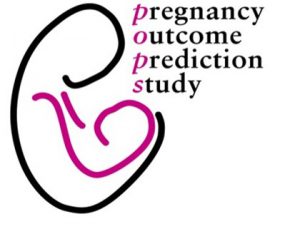 Using samples collected in the POP study, led by Professor Smith, the researchers measured maternal circulating DLK1 from 129 human first time pregnancies and demonstrated that low DLK1 levels were associated with reduced fetal growth resulting from pregnancy complications. Further studies will be required to confirm whether measurement of DLK1 concentration in maternal blood may be clinically useful to predict poor intrauterine growth and complications of pregnancy.