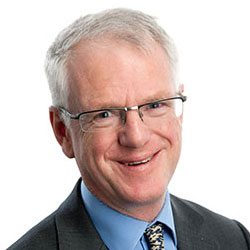 Recently Professor Paul Luzio, who is Deputy Head of the School, was presented with a very large key. It’s engraved “MRC Laboratory of Molecular Biology”. Apparently every time a new director of the LMB is appointed, the laboratory workshops make a key for them. This key was not made for a new director, but to mark the handing over of the LMB’s building to the University. Paul has done a great deal of work on the transfer of the building, but with characteristic generosity absolutely insisted that the key sit in my office, not his. So it is now on my windowsill – and a large part of the view through the window behind is of the old LMB. I don’t think anyone would call it a beautiful building, but it has a great history and will provide much needed expansion space for the school’s research activity (more below).

One of the Clinical School’s main aims is to inspire students and early career researchers. In the last week I’ve been to two every enjoyable events which aim to do this. The first was an annual dinner for ACFs and CLs at Madingley Hall organised by CATO (see below) and Professor Edwin Chilvers. The after dinner speaker was Steve O’Rahilly, who was on good form and began by pointing out that compared to his other assignments as a “Diner for Cambridge” it would qualify as a Temperance dinner as wine seemed to be strictly rationed! He went on to give the early career clinician scientists some very good pieces of advice. One that I agree with very strongly is that the genetic diversity in humans combined with the amount of phenotypic information that can be obtained is an extraordinarily powerful resource for understanding biology.

The second event was the 2014 Oon International Lecture for Preventive Medicine at Downing College, which was given by Dr Daniel Drucker from Toronto. The award and lecture are funded by an endowment from the Oon family in order to bring an internationally leading scientist to Cambridge and to Downing. Part of the programme involves the awardee spending time with current Downing students. Dr Drucker gave a superb lecture on his work relating to hormones derived from preproglucagon. I was aware of GLP-1 as a treatment for diabetes. But I was completely unaware that Exenatide (a GLP-1 mimetic) had been derived from a component of Gila monster saliva, and that GLP-2 is a potent promoter of small bowel growth, and that a GLP-2 analogue has been licensed as a treatment for short bowel syndrome. Altogether it was an inspiring story of taking scientific discoveries into the clinic. A particularly impressive aspect of the occasion was that two of the Oon family travelled to the UK from Singapore to attend the lecture; both are doctors who were at Downing as undergraduates.