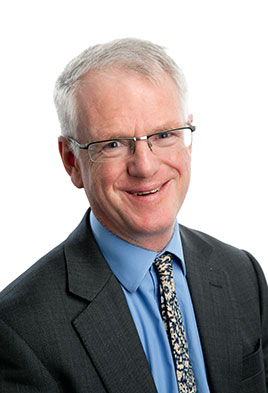 You will all have heard a lot about Pfizer’s offers to buy AstraZeneca, and many people have asked me what this might mean for the School and for the Campus. I’m afraid that I don’t think it’s a cause for celebration. Over the last year or so I have thoroughly enjoyed working with senior people from AstraZeneca and its subsidiary MedImmune. On a personal note, my very first scientific work experience was mathematic modelling of new anaesthetic agents at ICI Alderley Park several mergers ago – some time in the 1970’s. Over the last year I have been really impressed by AZ, who have demonstrated serious commitment to making their discovery and development operations in Cambridge as permeable as possible. They have also worked hard to make effective contacts across the University and partner hospitals. I am personally convinced that this approach will deliver great benefits over time – for the academic community, for shareholders, and most importantly for patients. Only last week, I was shown the architects drawings for their main research building. It will occupy a key site on the campus adjacent to the LMB, which has been designed to be as interactive as possible.

So what will happen now? Of course by the time you read this it may be out of date. I am actually optimistic that whatever happens on the markets and in the boardrooms we have planted a large number of acorns with AstraZeneca that will grow rapidly and transform the local and national approach to therapeutic innovation. My main concern is that these mega-mergers take an enormous amount of time and effort, so that there are serious opportunity costs. They also generate lots of rumours and uncertainty, which will not be helpful. My suggestion would be to ignore the current speculation and to concentrate on conveying the positive message that the Cambridge Biomedical Campus will be an outstanding environment for therapeutic innovation.

Now for some really good news. The move of Papworth Hospital has been approved by the Government. Apparently discussions about this have been going on for 33 years, so I think they will have involved four Regius Professors. When I started in October 2012 I thought that we would secure Government agreement in a month or two. Early on I had a good discussion with Peter Weissberg about this, who is Medical Director of the British Heart Foundation and former BHF Professor of Cardiovascular Medicine in Cambridge. He said that while he hoped I would be correct, he suspected I would be disappointed – and that he would not be surprised if it was on the agenda of my successor! My personal view is that the clinical rationale for the move is compelling and the academic benefits will be really substantial.

Finally, many congratulations to Randy Read (CIMR), David Ron (CIMR and IMS), Karalyn Patterson (Clinical Neurosciences and MRC CBSU) and Julian Parkhill (Wellcome Trust Sanger Institute and Honoray Professor of Microbial Genomics in SCM) on being elected as Fellows of the Royal Society.