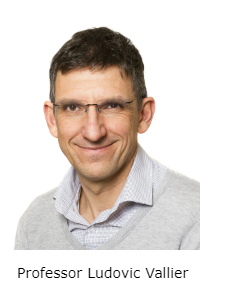 Professor Ludovic Vallier and his research team, located in the Cambridge Stem Cell Institute and Sanger Institute, have discovered a new mechanism essential for processes that need a rapid response – such as organ repair, immune response or cancer growth.  Reported in Nature, the study revealed that the SMAD2 and SMAD3 proteins link and coordinate many different pathways in the cell previously believed to be separate.

“Our study reveals that cell signalling with SMAD2/3 coordinates cellular mechanisms and allows the cells to change state quickly. Understanding this could be important for studying diseases such as cancer where cellular processes are often investigated in isolation. These findings could also change the way mechanisms such as mRNA processing, DNA repair and transcriptional regulations are studied and open entire new fields of investigation” stated Ludovic. 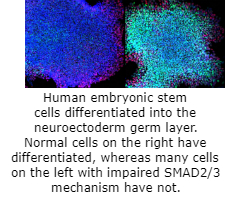