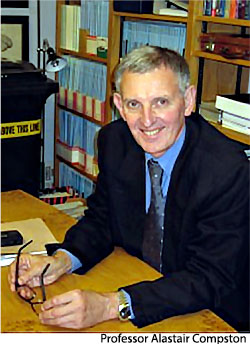 A new drug based on decades of research at the University of Cambridge has today been approved by the National Institute for Health and Care Excellence (NICE) for use in people with relapsing-remitting multiple sclerosis.

Lemtrada, manufactured by pharmaceutical company Genzyme, began life as Campath-1H, a drug developed out of research by Professor Herman Waldmann and colleagues in the Department of Pathology at the University of Cambridge which began in 1979. However, the story of Campath stretches even further back to research by Dr César Milstein at Cambridge’s MRC Laboratory of Molecular Biology in 1975 to develop monoclonal antibodies – artificially-produced antibodies, a key component of our immune system which rids the body of invading organisms; this work was to win César Milstein and George Köhler the Nobel Prize for Physiology or Medicine in 1984.

Originally, Campath-1H was developed as an immunosuppressant to prevent the rejection of bone marrow transplants, but in the late 1980s Professor Alastair Compston identified it as a potential treatment for multiple sclerosis.The first MS patient was treated with the drug in 1991 and as evidence began to mount that the drug would be effective, if used to treat people before the disease process had progressed too far, Professor Compston and his colleague, Dr Alasdair Coles, who joined the team a few years later, expanded the trials.

Clinical trials have shown that the drug, marketed under the name Lemtrada, reduces disease activity, limits the accumulation of further disability over time and may even allow some existing damage to recover. 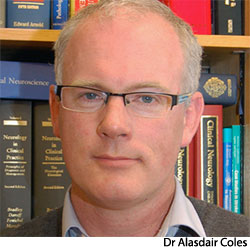 Professor Alastair Compston, Professor of Neurology and Head of the Department of Clinical Neurosciences, said: “I am delighted that the approval by NICE will make Lemtrada available on the NHS. This decision now provides an opportunity for neurologists to offer a highly effective therapy for patients with multiple sclerosis early in the course of their illness that will make a real difference to their long-term future.”