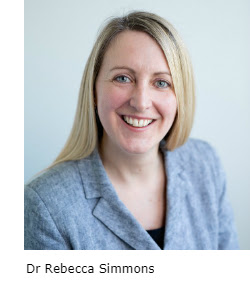 A report created in collaboration between Rebecca Simmons, Deputy Director of THIS Institute and RAND Europe has demonstrated that joining forces with diverse groups of people can help produce high-quality systematic reviews more quickly and efficiently, according to a new report from THIS Institute.

Citizen science: crowdsourcing for systematic reviews looks at how people can contribute their expertise to scientific studies using new online platforms – even if they don’t think of themselves as researchers or scientists. The report is the second of three that THIS Institute has developed to inform its citizen science approach. It focuses on one of the cornerstones of scientific research: the systematic review.

Traditional systematic reviews can take thousands of hours to complete, and the burden is growing as the base of scientific literature increases. But promising early evidence suggests that engaging large groups of people can speed up the systematic review process without sacrificing accuracy. It can also be very rewarding for participants.

In one crowdsourced review showcased in the report, participants made 15,000 screening decisions in just 100 hours. And with the right control measures, crowdsourced systematic reviews can meet the ‘gold standard’ of quality.

“When it comes to conducting systematic reviews, evidence suggests there is strength – and accuracy – in numbers,” says Rebecca Simmons. “And it’s not just the speed of crowdsourced reviews that’s impressive. Citizen scientists have proven to be conscientious reviewers who make accurate screening decisions.