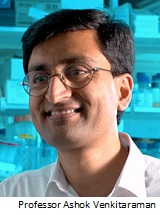 A study by Dr David Perera and Professor Ashok Venkitaraman (MRC Cancer Unit) has identified new potential avenues for the treatment of certain forms of cancer that carry mutations affecting the KRAS gene.

Approximately 25% of all human cancers carry KRAS mutations. These include most pancreatic cancers, as well as many cancers of the lung and colon.

The study, published in Scientific Reports, shows that mutations in KRAS alone do not predict whether cancer cells will respond to anti-mitotic drugs. Instead, contrary to expectations, high expression of a second cancer-causing gene, c-MYC, cooperates with KRAS mutations to determine responsiveness. 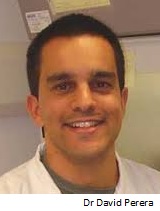 These findings suggest that drugs targeting the cooperation between the two genes could provide new approaches to treat pancreatic, lung or colon cancers.

“Our study opens up new avenues to therapeutically target KRAS-mutant tumours and to stratify patients in ongoing clinical trials of anti-mitotic drugs.”