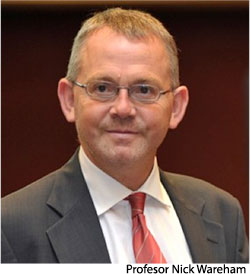 As many as one in ten people in Britain over forty years old may be vitamin D deficient, according to a study carried out by researchers at the University of Cambridge. Vitamin D is nicknamed the ‘sunshine vitamin’ as it is produced in the skin in response to sunlight. It is also found in some foods, such as oily fish (including salmon and mackerel) and eggs. Low levels of the vitamin have been associated with increased risk of conditions as wide-ranging as rickets, bone fractures, diabetes, respiratory diseases and cancers. People living in northern Europe, where sunlight is often insufficient to manufacture adequate vitamin D, have to rely on body stores of vitamin D produced over the summer months.In a study funded by the Medical Research Council and Cancer Research UK, Cambridge researchers looked at levels of vitamin D in blood samples taken from around 15,000 participants from the European Prospective Investigation into Cancer (EPIC) in Norfolk Study in order to identify optimal levels of the vitamin for health. “We know that vitamin D deficiency can be detrimental to health, but until now there has been no clear answer as to what is actually the ideal amount of the vitamin,” explains Professor Nick Wareham, Director of the Medical Research Council Epidemiology Unit at the University of Cambridge. 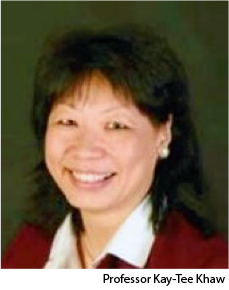 “Our data suggest that a modest increase in vitamin D in the general population may minimise the number of people with very low levels of the vitamin and may have some benefits even for those whose levels are acceptable,” adds Professor Kay-Tee Khaw from the Department of Public Health and Primary Care, University of Cambridge. “This could be achieved by taking modest daily vitamin D supplements* or eating oily fish two or three times a week and increasing physical activity as we are more efficient at producing vitamin D if we are physically active. We only need around 20 minutes a day of sunlight in summer to ensure that we have sufficient levels to see us through the winter and must be careful as we know that over-exposure to sunlight – particularly if we burn – raises skin cancer risk.”

For more information go to:
http://www.cam.ac.uk/research/news/one-in-ten-people-over-forty-years-old-in-britain-are-vitamin-d-deficient