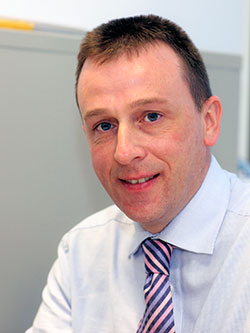 A recent cross disciplinary study involving endocrinology, psychiatry and the Judge Business School – published in PNAS – suggests the endocrine system may play an important role in governing the behaviour of those involved in certain types of financial trading. The latest work builds on the team’s previous research conducted in the City of London, which has suggested significant roles for testosterone and cortisol in modifying trader behaviour in response to differing market environments/stimuli.

Using individually tailored regimes over 8 days, levels of the ‘stress hormone’ cortisol were raised in volunteers to levels comparable to those previously observed in City traders. Volunteers took part in lottery-style financial risk-taking tasks with real monetary payoffs, designed to measure the utility and probability weighting functions underlying their risk-taking. While acute (short-lived) spikes had little effect on behaviour, more sustained elevations in cortisol led to a dramatic drop in participants’ willingness to take risks.

“By using personalised dosing schedules, we have been able to closely replicate the changes in endogenous cortisol levels observed in traders during periods of increased market volatility,” says Dr Mark Gurnell from the Institute of Metabolic Science who jointly led the study with Dr John Coates of the Judge Business School. “Our findings  show that changes in the endocrine status of these individuals is not simply a bystander effect, but is actually influencing the way in which traders respond to stress and uncertainty. Indeed, it seems likely that high levels of cortisol directly contribute to the risk aversion and ‘irrational pessimism’ found among bankers and fund managers during financial crises.”

This work also has wide-reaching ramifications, because of the many significant models in economics, finance and neurobiology, which consider risk inclination to be a constant trait.