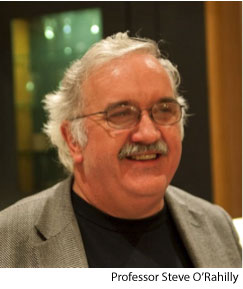 Professor Sir Stephen O’Rahilly, Co-Director of the Wellcome Trust-MRC Institute of Metabolic Science has, together with Dr Jeffrey Friedman from Rockefeller University, has been awarded the 2014 Zülch prize of the Gertrud Reemstma Foundation and the Max Planck Society. This year’s award recognises the recipients’ research in the area of the molecular basis of obesity and related metabolic and endocrine disease. Dr Friedman discovered leptin, the key signal which keeps the brain informed about the state of fat stores in the body. Professor O’Rahilly led a team that discovered the first genes which, when mutated, cause human obesity and demonstrated that those genes were involved primarily in the control of appetite.

For more details on the award please visit:www.mpg.de/8406171/zuelch_award_2014_orahilly_friedman.com