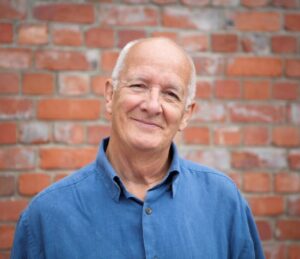 Mike came to Clinical Medicine (St Catharine’s 1963, Clare 1969) almost by accident, via a history and law degree, newspaper reporting, teaching, and a host of other jobs. He applied to go back to university to read medicine, without any science grounding, and swapped Colleges when the administration at his old one threw up their hands in horror and refused to have him back.

He had his first major depression in his final year of training but Theo Chalmers (Clinical Dean 1975-1979) and the unofficial pre-clinical school kept faith with him throughout a year of psychiatric treatment, at a time when the stigma of mental illness prevented most doctors from talking about their problems. It was partly because of that experience that he decided to specialise in Psychiatry and to publicise his illness as an example to others when he became CBE, President of the Royal College of Psychiatrists, and Honorary Fellow of five more.

“Doctors are no less vulnerable than anyone else and their own illness may make them even more sensitive to the needs of everyone else,” Mike said.

In “retirement,” Mike became President, Chair or Trustee of a dozen or so charities, including the British Association for Counselling and Psychotherapy, The Mental Health Foundation, Samaritans, YoungMinds, NCH, Children-in-Wales and Play Wales. Though no longer clinically active, he remains dedicated to the treatment of mental illness and to the cause of children, adolescents and their families and carers. As he always has been.

Mike still lives in South Wales, where he worked in Cardiff and the poverty-stricken former mining Valleys for forty years. He has advised many governments on policy and is honoured to live in Wales, a country with an attitude to children and their needs that is the envy of the world. He has a burgeoning family of grown-up children of his own, grandchildren and animals and has written extensively about his work, including “Growing Pains,” an account of his clinical cases intermingled with his personal life, on the back of which he has been a speaker at literary festivals around the UK.