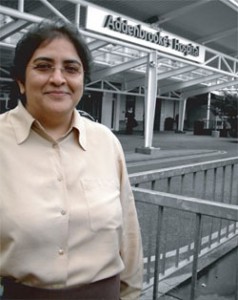 Researchers from the University of Cambridge and Boston Children’s Hospital have discovered a genetic cause of severe obesity which, although rare, raises new questions about weight gain and energy use.

To investigate the gene in humans, Dr Joseph Majzoub, Chief of Endocrinology at Boston Children’s Hospital and lead investigator on the study, collaborated with Professor Sadaf Farooqi from the University of Cambridge to examine groups of severely obese patients from around the world. The team found four rare mutations in the MRAP2 gene among the 500 people they screened; each of the four affected patients had only one copy of the mutation. While the finding suggests that these MRAP2 mutations may contribute to obesity in less than 1 percent of the obese population, the finding of a new gene could provide clues into the brain pathways that regulate weight, which could ultimately be useful for developing new treatments.

Professor Farooqi said: “The discovery that the disruption of MRAP2 causes obesity adds to a growing body of work that illustrates how certain genes work in the brain to regulate weight. Our aim is to find the genetic determinants of body weight and by doing so, to find better ways to prevent and treat obesity and associated health problems such as diabetes.”