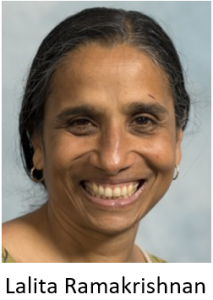 A study, by Professor Lalita Ramakrishnan and Professor Paul Edelstein, Department of Medicine, in collaboration with Marcel Behr published in the British Medical Journal, analysed multiple longitudinal epidemiological studies to show that the majority of TB disease manifests soon after infection, with disease rarely occurring more than two years after infection.

“If you skin test people in an area where there’s a lot of TB, a third of the population or more will test positive. And this has been interpreted to mean they have latent TB when it’s more likely that they have had TB and cleared the infection,” said Professor Ramakrishnan.

People who are infected with TB can clear the infection through their own adaptive immunity and classifying two billion people with evidence of immunoreactivity as having latent TB infection may divert fundamental research and public health interventions away from transmissible active TB disease and newly infected people at highest risk of progression to disease.

See additional coverage of the article in the New York Times and The Telegraph.