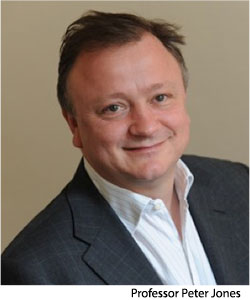 A collaborative research effort between Cambridge University’s Department of Psychiatry and universities in Tokyo, London and York has found that poor self-control during adolescence predicts hallucinatory experiences during midlife.

Professor Peter Jones worked on the study, which aimed to follow up people from the Medical Research Council’s National Survey of Health and Development – a large birth cohort of 5362 British people born during 1 week in March 1946. These people have been followed up at 23 different time points between the ages of 6 weeks and 53 years. Over these time points, data has been collected about their childhood cognitive ability, early-life socioeconomic factors and adolescent self-organisation, conduct and emotional problems.

The study team reasoned that self-organisation and psychotic symptoms may be linked, as the areas of the brain that govern self-control have been found to be smaller in patients with schizophrenia and first episode psychosis.

Nearly 3000 people from the original cohort (now age 53) responded to the research questionnaires about general health, depression and psychotic-like symptoms. From these responses, the research determined that there was a strong relationship between poor self-control during adolescence and hallucinations at age 53. This is likely to be a true relationship, the authors asserted, as the significance of this finding did not reduce after controlling for sex, adolescent conduct and emotional problems, midlife symptoms of anxiety and depression, and parental social class and education during childhood.

Professor Jones said of the research, “The construct of childhood self-organisation or self-control is gaining increasing importance in our understanding of the fundamental building blocks of wellbeing over the life course. It’s distinct from IQ but probably relies on primarily on fronto-striatal circuitry; our measure in adolescence may be a marker of the maturation of these systems.

Further information on the study can be found at the department of Psychiatry’s website.