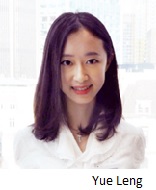 Getting more than 8 hours of sleep a night may feel like a luxury, but a new study from the School’s Department of Public Health and Primary Care, published in Neurology, suggests that it may also increase the risk of stroke, at least in older people. The study, led by Yue Leng, a PhD student under Professors Carol Brayne and Kay-Tee Khaw’s supervision, involved nearly 10,000 people of average age 62, and asked about their sleeping habits over a four year period. Those who slept longer than eight hours a day were at 46% greater risk of stroke. Increasing sleep time from under six hours a day to over eight hours led to a fourfold likelihood of stroke compared with consistently average sleep length. These associations were not explained by known conventional cardiovascular risk factors.

This is the first study to provide detailed information about the British population. In addition to studying the EPIC-Norfolk cohort, a meta-analysis of 11 other studies was performed, and this supported the primary results.

However, the authors acknowledge that before clinical recommendations can be made, further research is needed to determine whether the long sleep itself caused strokes, or whether sleep duration is simply an early warning sign of increased risk.