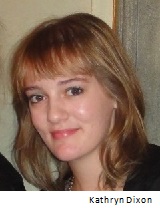 Traveller communities have significantly lower uptake of vaccinations compared to the general population, suggesting that more work needs to be done to promote understanding and appreciation of the benefits of vaccination among this population, according to student doctor Kathryn Dixon, whose study was recently published in the Journal of Public Health.

Kathryn carried out her Student Selected Component (SSC) with GP Dr Tanya Blumenfeld, comparing uptake by Traveller and non-Traveller communities. For the majority of vaccines – including against MMR, rotavirus and combined tetanus, diphtheria, polio and pertussis  – only around five out of ten eligible children in the Traveller community had completed the relevant vaccination schedule, compared to nine out of ten in the non-traveller community. See Cambridge TV for a discussion of the study.

Are you a Cambridge medical student interested in conducting your SSC – Student Selected Component – in General Practice or Primary Care? See what the Primary Care Unit has to offer.