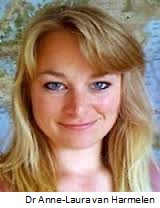 A study led by Dr Anne-Laura van Harmelen and colleagues (Psychiatry) has highlighted the importance of friendships and family support in helping prevent depression among teenagers. The study, published in PLOS ONE, involved almost 800 teenagers, and used mathematical modelling to examine the complex interplay of family support and friendships at age 14 on adolescent depressive symptoms at age 17 in those with various levels of early life adversity and/or primary school bullying. The researchers found that teenagers who had grown up in a difficult family environment were more likely than their peers to be bullied at primary school, and less likely to receive family support in adolescence. They also found that children who were bullied in primary school were less likely to have supportive friendships in adolescence. Crucially, supportive family or friends in early adolescence could reduce depressive symptoms in later teenage years. Dr van Harmelen said “Our study suggests that the mental health of those vulnerable teens might really benefit from having good friendships and family support”.