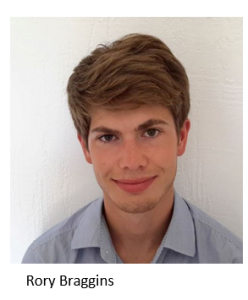 Work by year 6 student Rory Braggins modelling the financial and environmental impacts of switching to more environmentally sustainable inhalers has been just been published in  BMJ Open.

Working with Alex Wilkinson, (British Thoracic Society) and James Smith, (Public Health and Primary Care), Rory’s work demonstrated that large scale switching to dry powder inhalers could be done in a cost effective way in the NHS. This matters because inhalers represent 4% of the NHS’s carbon footprint due their use of hydrofluorocarbon propellants but the cost of switching has been perceived as a barrier to change. The work has already been presented to the national sustainable inhalers policy group and to the British Thoracic Society, as well as being cited in a global technical report by the UNEP Technology and Economic Assessment Panel.

On release the work was widely covered in local and national media including by the BBC and the Times James Smith said “Given this began as a six-week student selected component project it has been amazing how far reaching its impacts have been. This could not have happened without Rory’s hard work and motivation to pursue an enquiry which matters to both him personally and the wider world. We hope to build on it further with future student projects in this field”.