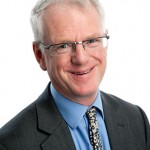 Recently we received the welcome news that Cambridge University Health Partners has been redesignated as an Academic Health Science Centre from 2014. In the original process we were one of only five AHSC’s designated from 2009 – 2014. The other four AHSC’s in the initial competition were UCL, Imperial, King’s and Manchester. This time round […]