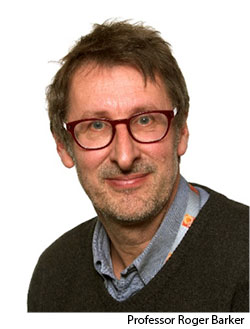 Just one shot of dopamine cells derived from stem cells could be enough to reverse many of the features of Parkinson’s disease (PD) for decades – and the barriers to developing such a treatment are finally being overcome.

Professor Roger Barker has a dream: by the time he retires in 15 years, he would like to see stem cell transplants for Parkinson’s disease being offered as a treatment to some PD patients on the NHS.

The idea of cell transplants to treat Parkinson’s is not new. One of the key characteristics of the disease, which affects around one in 800 people typically in the seventh decade of life, is the death of dopamine-producing cells in the brain. Finding a way to replace these cells could, in theory, lead to dramatic improvements in the patient’s health.

An adult typically has around half a million dopamine cells in the substantia nigra on each side of the brain. When half of these cells have died, the patient will begin showing clinical features, which include a resting tremor, slowness of movement and rigidity.

“One of the reasons Parkinson’s disease is so attractive for cell therapies,” explained Barker, “is that it is a tractable problem. If we can get just 100,000 proper nigral dopamine cells in there, it should make a difference.”

Ever since the 1980s, scientists have been trialling ways of replacing dopamine cells with cells taken from aborted fetuses – a practice which, aside from ethical concerns, is not practical on a scale needed to treat the hundreds of thousands of patients in the UK alone. The trials have had mixed success. In some, patients continued to see improvements over 15 years and came off essentially all of their medications for their PD; however, in others, the treatment not only failed, but patients suffered side effects. In part, this was due to an inconsistency in protocols, for example the age of participants, the clinical techniques used for cell delivery and the number of cells transplanted.

Now, with funding from the European Union, Barker and collaborators in Europe have developed a protocol that is more likely to provide safe, consistent and clinically effective benefits for patients. He is leading a trial in Europe to use fetal cells to treat patients, with the aim of “putting cell therapies for Parkinson’s disease back on the map.”

For more information go to: http://www.cam.ac.uk/research/features/taking-a-shot-at-parkinsons