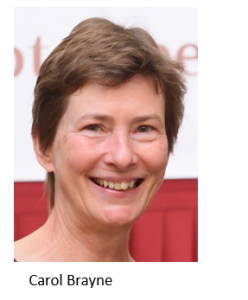 A study led by Carol Brayne (Public Health and Primary Care) has shown that the number of people over 65 taking antidepressants has more than doubled in 20 years. Depression is a leading cause of disability, with older people particularly susceptible to poor outcomes.

Published in The British Journal of Psychiatry, researchers investigated whether the prevalence of depression and antidepressant use have changed across two decades in older people.

To achieve this aim researchers used The Cognitive Function and Ageing Studies (CFAS I and CFAS II). The CFAS are population based studies of individuals aged 65 and over living in the community, including institutions. CFAS is the only large multi-centred, population-based study in the UK that has reached sufficient maturity. The baseline measurements for each cohort were conducted two decades apart (between 1990 and 1993 and between 2008 and 2011). Depression was assessed by the Geriatric Mental State examination and diagnosed with the Automated Geriatric Examination for Computer-Assisted Taxonomy algorithm.

In CFAS I, 7,635 people aged over 65 years were interviewed, of whom 1,457 were diagnostically assessed. In CFAS II, 7,762 people were interviewed and diagnostically assessed. Age-standardised depression prevalence in CFAS II was 6.8%. At the time of CFAS II, 10.7% of the population were taking antidepressant medication, more than twice that of CFAS I. Among care home residents, depression prevalence was unchanged, but the use of antidepressants increased from 7.4% to 29.2%.
The researchers showed a substantial increase in the proportion of the population over 65 reporting taking antidepressant medication. However there was no evidence for a change in age-specific prevalence of depression.