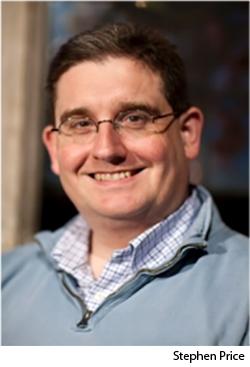 Two Cambridge neurosurgeons are among the 17 prizewinners announced by the Congress of Neurological Surgeons.

Stephen Price, a NIHR-funded Clinician Scientist and Hon. Consultant Neurosurgeon has been awarded the BrainLab Neurosurgery Award. His group, together with the Wolfson Brain Imaging Centre and Department of Radiology, have developed MR imaging methods that can identify occult invasion of glioblastomas, the most aggressive and commonest primary tumour of the brain.

They have been able to identify that a subgroup of glioblastomas that have a mutation in the IDH-1 gene are less invasive. This work helps explain why this subtype of glioblastoma has a better prognosis and provides a non-invasive method of identifying this group pre- operatively with the view of being able to consider more aggressive local therapies at the time of surgery. 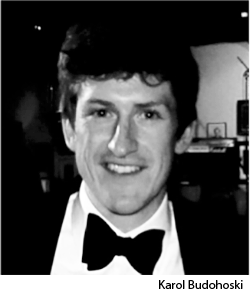 Karol Budohoski, an ACF in neurosurgery, has been awarded the Galbraith Award for the best resident research in cerebrovascular surgery. Together with the Cerebrovascular Research Group and the Brain Physics Group form the Department of Neurosurgery at Addenbrooke’s Hospital, he has been studying the ability of the brain to regulate its blood supply – a phenomenon called ‘cerebral autoregulation’.

They have been particularly interested in the adverse effects of subarachnoid haemorrhage, on the brain’s autoregulatory capabilities, and their relationship outcome. Using sophisticated monitoring technology such as continuous transcranial Doppler and near-infrared spectroscopy, they have computed mathematical parameters with which they were able to detect early failure of this mechanism.

Their results suggested that this new method could be reliably used to identify patients at risk of developing secondary strokes as well as prognosticate outcome. They will both receive their awards at the Congress of Neurological Surgeons Conference in Boston in October.