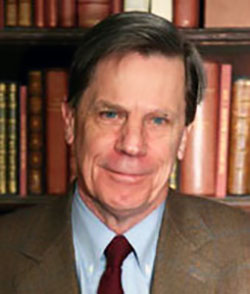 New research, led by Professor Douglas Fearon, Cancer Research UK, Cambridge Institute has identified how the ‘wall’ around cancer tumours functions and how to break it down, enabling the body’s own defences to reach and kill the cancer cells within.

The method uses a drug (AMD3100, also known as Plerixafor) to break down the protective barrier surrounding pancreatic cancer tumours, enabling cancer-attacking T cells to get through. The drug is used in combination with an antibody that blocks a second target, which improves the activity of these T cells. Initial tests of the combined treatment resulted in almost complete elimination of cancer cells in one week.

Says Professor Fearon, “By enabling the body to use its own defences to attack cancer, this approach has the potential to greatly improve treatment of solid tumours.”

The research was supported by GlaxoSmithKline, the Medical Research Council, Addenbrooke’s Charitable Trust, the Ludwig Institute for Cancer Research, the Anthony Cerami and Anne Dunne Foundation for World Health, and Cancer Research UK.  The initial tests were carried out on animal models. The findings are published in the journal PNAS.