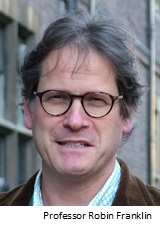 The receptor activated by vitamin D (VDR) could be involved in repairing damage to myelin in people with multiple sclerosis (MS), according to new research from the Wellcome Trust-MRC Cambridge Stem Cell Institute.

The study, led by Professor Robin Franklin and published in the Journal of Cell Biology, offers significant evidence for vitamin D as a possible future treatment for MS.

In MS, the body’s immune system attacks and damages myelin (the protective sheath surrounding nerve fibres) causing disruption to messages sent around the brain and spinal cord; symptoms are unpredictable and include mobility and balance problems, pain and severe fatigue.

The researchers showed that the VDR pairs with another protein, the RXR gamma receptor, which the Franklin lab previously discovered to be involved in the repair of myelin.