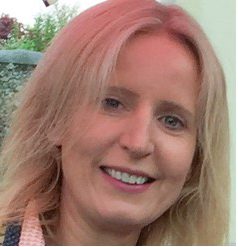 Dr Anna Curley, Department of Paediatrics, has led the PlaNeT-2 study which explores the proper threshold for preventative platelet transfusions in preterm babies, who can become thrombocytopenic and subject to major bleeding disorders such as intra-ventricular haemorrhage.

The study, published in The New England Medical Journal, was designed to compare outcomes for preterm babies transfused at two different platelet count levels. 660 babies were recruited from 43 centres in the UK, Ireland and the Netherlands over a 6-year period. The findings were that the use of a higher platelet count threshold (50 or 25 x 109/L) as a trigger for prophylactic platelet transfusion was associated with a worse combined outcome of mortality and major bleeding compared to a lower threshold (25 x 109/L).

The study shows that a lower platelet transfusion threshold may prevent death or major bleeding in 7 out of 100 premature neonates with severe thrombocytopenia. The study was funded by in part by NHS Blood and Transplant (NHSBT) and Addenbrooke’s Charitable Trust, and supported by the NHSBT Clinical Trials Unit and Cambridge University.